The Grand Tome of Hynafol

The History of Hynafol as told by the characters

All the magic and all of the stories of Arthur find their origin in Hynafol.

Hynafol is a mystical place, full of magic, fantastic creatures and most importantly: the bridge between places. Arthur was only able to rule and reign over all the land because he could move through the mists in Hynafol to any place he desired. It is the mist that connects our world, Hynafol, and the Faewylds realm.

Arthur has been gone for hundreds of years. During his reign there were times of peace and times of tragedy. All was not always well during Arthur’s reign. The world saw its fair share of war, tragedy, and loss. However, one thing is for certain, the end of Arthur’s reign was the end of magic in our world.

The disappearance of magic wasn’t just about the lack of mages and wonder. Many of the magical folk died in the Cataclysm, with the end of the magic that had kept them young and vibrant. Those who were left saw their powers slowly fade to the point they could not even muster up simple parlor tricks. The relics, runes, and texts themselves were suddenly lifeless. Even with all this loss, the real tragedy was that we could never get back to Hynafol.

As the mists vanished, all those that heeded Arthur’s call and were in Hynafol on that day were lost to us forever. Those few that found their way out were half-crazed, wild and rambling incoherently about Arthur’s death, the battle lost and the darkness that was contained.

As people do, they got on with their lives, including the Demi-creatures, or Fae folk, that began appearing. Unable to travel to the Feywilds, the Demi-creatures, half human, half animal, plant, flower or something else entirely took up residence in our world. These clearly human descendants had little recollection of their origin, but quickly assimilated into many guilds and kingdoms around the continent.

Since the end of Arthur’s reign the members of his court that were not present in Hynafol that day, have spread out into the world and formed Kingdoms and governments of their own. Many of the Arthurian kingdoms have long since fallen and been replaced. Guilds make up these kingdoms and largely control the destiny of the lands they rule.

Today, some believe Hynafol to be a myth, a story, and something to entertain around the fire. Others have never stopped looking, searching, and collecting information about that place; that Ancient Place: Hynafol. Disagreements about it have led to battles, to bloodshed, and to war. Struggle abounds in all the lands for resources, land and information.

Thus, we arrive at the beginning of our tale…

Lately, there are rumors that animal messengers are arriving. Some come as gold, glorious and bright animals, while others are dark, twisted and mysterious. All with an invitation to return to their lands, they speak of a darkness and the call to come take back Hynafol.

All across the land the rumors and stories abound. Some are clearly not true. Others tell of a great hope, a great power, that yearns to once again unite the lands in peace.

All the stories share one thing in common: the time and place of the mist’s appearance will once again signal the opening to Hynafol.

The guilds are gathering their strength to once again return to Hynafol. Many guilds hope for a reuniting peace across the lands. Many guilds still go in search of their own fortune or power. And, others go just to see what will happen.

A great migration has begun in the world and the story will be told by those who are there in Hynafol.

What story will you tell?

The Grand Tome of Hynafol

The Grand Gathering 22 as told by the characters of the story. 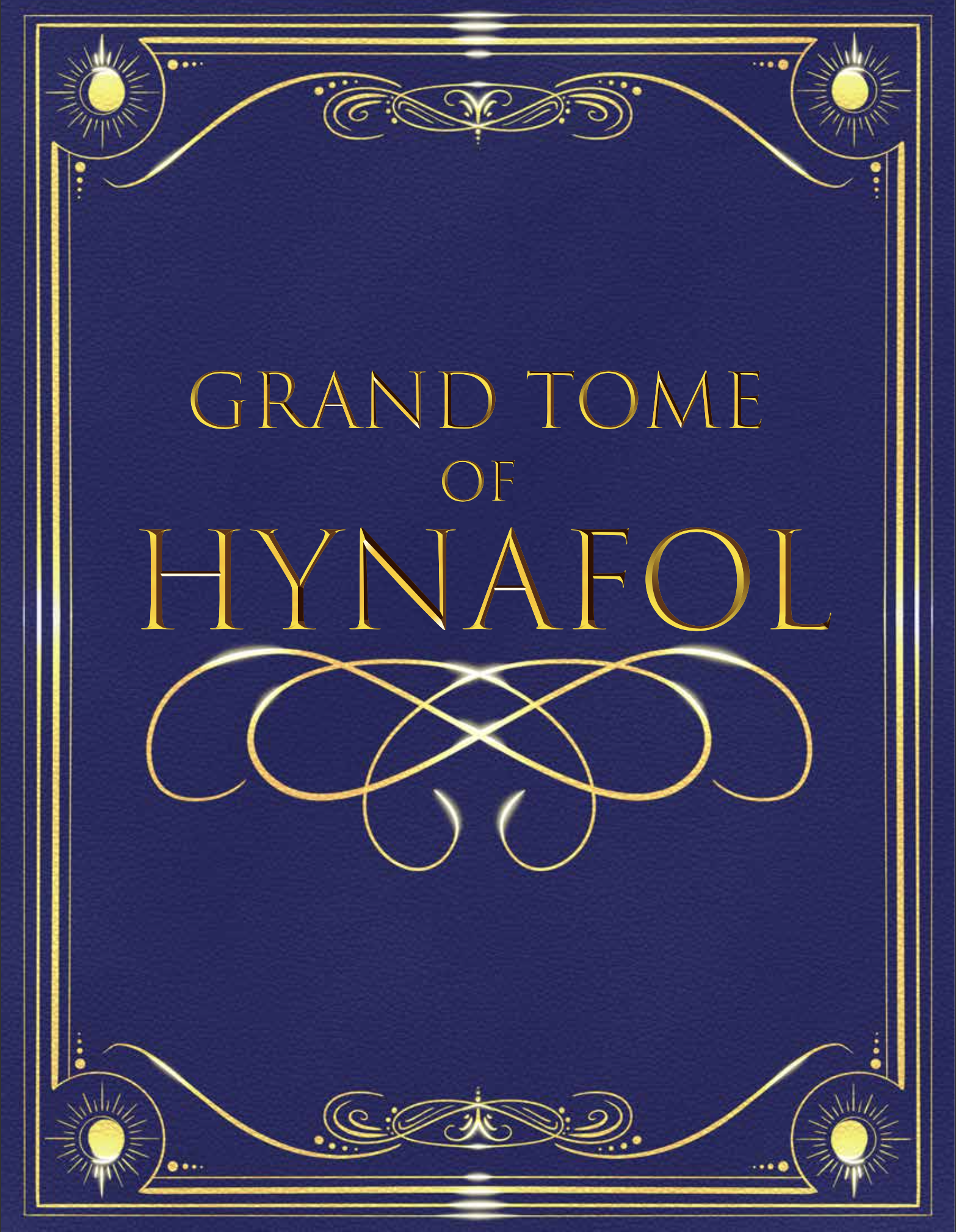